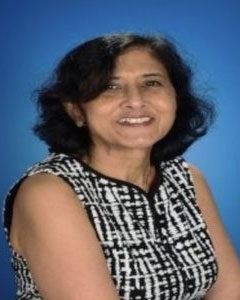 Veena Turakhia is the lead teacher in Primary 1. She has been a Montessori early childhood teacher for the past 20 years, and she has been with CDB Montessori Telfair since its inception. She teaches with the belief that children are limitless in their capacity to learn and grow. With every class and every student, she is honored to be able to take part in their journey to bloom.

She has a Masters and MPhil degree in sociology. She began her teaching journey in 1982, first as a lecturer to undergraduate students and later as a Montessori teacher. She is AMS certified. 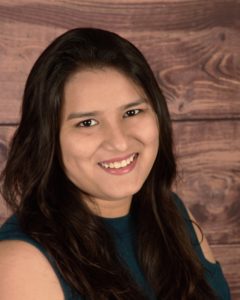 She has loved every minute of her work – especially to observe the children reach their milestone and how they develop themselves as an individual. She had many great teachers who she valued not only as educators but also as strong and compassionate role models. She has eight years of teaching experience and dedicated six-year being a part of the Casa family. She is excited and looking forward to being a part of your child’s learning journey.

“The teacher’s task is not to talk, but to prepare and arrange a series of motives for cultural activity in a special environment made for the child.” — The Absorbent Mind 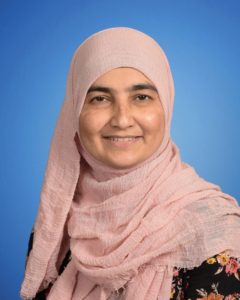 Shazia Zehra is a certified AMI teacher, with 15 years of experience in teaching. Shazia joined Casa in 2014 and is currently teaching Primary 3. After completing her Bachelor of Arts, Shazia’s childhood dream of teaching lead her to Montessori training. During her training, she had the privilege to train under the supervision of Mrs. Gool K Minwalla, who received official training from Maria Montessori.

One of Shazia’s favorite quotes from Maria Montessori is, “Free the child’s potential, and you will transform him into the world.” This captures Shazia’s passion for being a part of your child’s life and to see them grow and develop not only physically, but emotionally, socially, and academically. As a Montessori teacher, she acts as a facilitator. She encourages young children to explore and uncover their surroundings and strives to constantly maintain an environment that keeps the joy of discovery kindled! 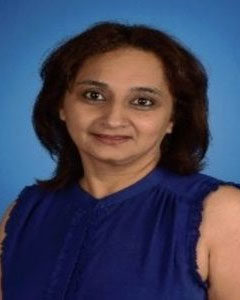 Nadia Rehman is an educator, mentor, and certified AMS Teacher. She has over 27 years of experience in the Montessori environment. She comes to school with a big smile and a positive attitude. She is a true believer of the Montessori philosophy, which reflects in her classroom (P4). With every student, she individualizes their learning with the goal for them to become lifelong learners and problem solvers. Mrs. Nadia believes in creating an environment where there are many opportunities for children to learn and explore. She also believes in having the parents involved in the child’s learning process to help the child foster independence, confidence, and help them become future leaders.

“Within the child lies the fate of the future.”
― Maria Montessori 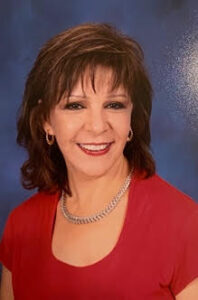 Ms. Consuelo started her career as a Montessori Teacher and then Director of a Montessori school in Chihuahua, Mexico. She continued her career when she moved to Sugar Land, TX in 1990, working in the area as an Administrative Director, Montessori Educational Director, Elementary and Primary Teacher as well as a Mentor for over 35 years.

Ms. Consuelo Loya Holtz’s graduated in Mexico with an Accountant Degree. She then traveled to Milan Italy and took the Montessori training obtaining her first “Montessori Teacher Certificate”.

At her return to Mexico and while working in a Montessori school, she continued with her studies towards her Montessori Elementary I and II with the Association Montessori International.

Ms. Consuelo attended Texas Brazosport College obtaining an Early Childhood Certificate and later on a Director’s Certification under the State of Texas regulations.

On the year 2014 through 2015, Ms. Consuelo took a refresherMontessori course in Houston TX obtaining the American Teacher Credential in Early Childhood with the American Montessori Society.

Ms. Consuelo strongly believes and is devoted to Dr. Maria Montessori’s observation on the Development of the Young Child, “showing that human development necessarily follows an orderly sequence as the generic pattern unfolds in maturation. In particular, orientation, exploration of the environment and manipulation coordinated with sensory activity itself lay the foundations upon which the child constructs himself, mind and body, as an increasingly efficient, free and autonomous being. 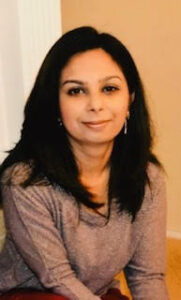 Ms. Mehreen Esani is the lead teacher in primary 7. She completed her Early Childhood Credential through the American Montessori Society. Her love of Montessori started when her daughter started her first school year in Montessori and it completely changed her personality.  She learned that Montessori education can greatly enhance a child’s curiosity to learn and grow in a safe atmosphere.  Ms. Mehreen believes in supporting each student through individualized instruction based on observation and understanding of learning styles. She feels the Montessori method teaches independence and self-discipline while building curious and life long learners. 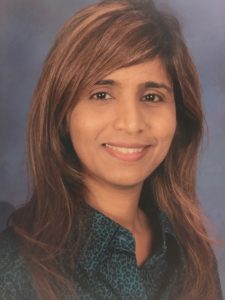 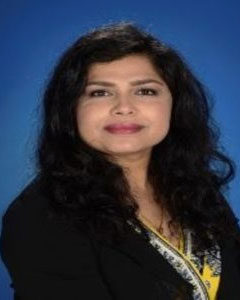 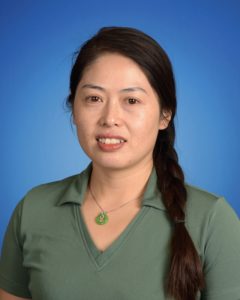 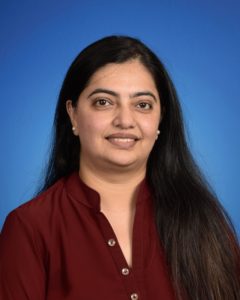 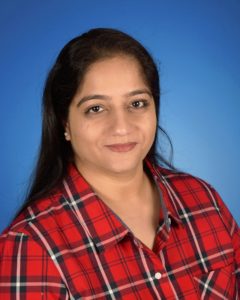 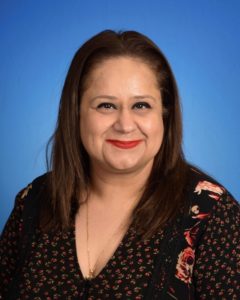 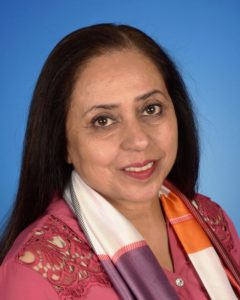 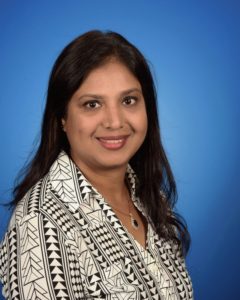 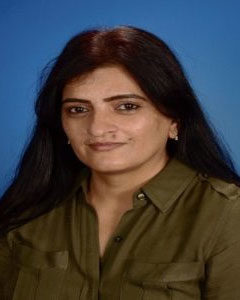 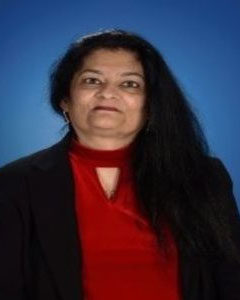 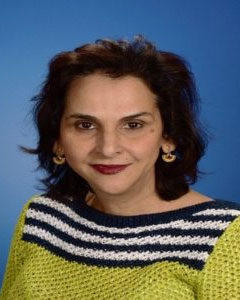 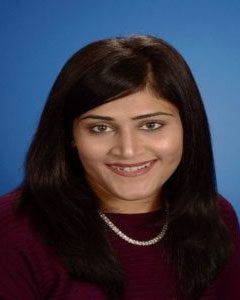 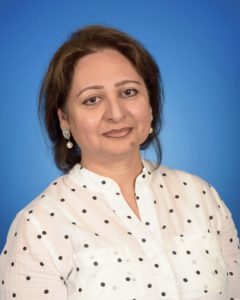 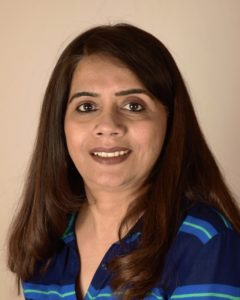 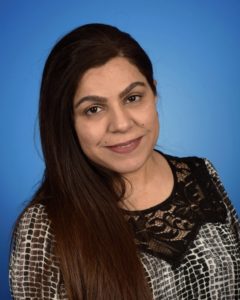 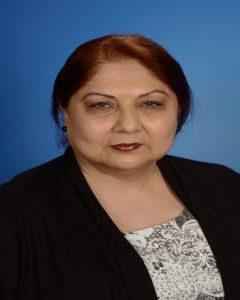